Threatening to remove a child from their father’s life is a heinous and all too common go-to for some females. This threat gets more cruel when the man is fearful of the courts and becoming entangled in the webs of child support, custody, and visitation issues. Racial bias in the legal system can also increase these fears in men of color. There are men who would put up with almost anything to avoid potential legal issues, including being manipulated and emotionally abused by their baby mama (BM).

In my “Baby Mama Drama” post, I described some of the issues that can arise when dating men with kids. In addition to men I’ve dated, some male friends have shared egregious acts of selfishness and control on the part of their BMs. Although the idea is that they are making the man suffer, the child is truly the one harmed in a toxic parenting relationship. And honestly, the BM cannot be happy herself if she wants her baby daddy to be miserable. The following are (unfortunately) true stories.

Man 1 lived with his girlfriend and had a child with her. When they broke up, and she moved out, they would still hook up on occasion. When he started to decline the hook-ups, however, there was a change in their personal and co-parenting relationship.

Suddenly, his child was unavailable at already agreed upon pick-up times. They eventually had to go to court to hash out visitation and custody, and the process was unnecessarily drawn-out and contentious. The BM accused him of being an unfit parent living in a home (that she used to live in) that was unsafe for children. The claims were found to be baseless.

In the end, the man prevailed— receiving primary custody of his child. It took years of fighting and unhealthy relations with his BM to get there, and they still don’t co-parent well.

Man 2 had stopped dating and hooking up with his BM, and everything was fine. He saw his child almost daily, and described his relationship with his BM as healthy. That is, until he got a girlfriend.

His daily routine of picking up his child from school became an unpredictable game based on his BM’s mood. Weekend plans with the child would be suddenly canceled, and there were arguments over minor things such as the child’s hair.

The situation did not get better until the BM got a boyfriend of her own. They returned to a healthy co-parenting relationship, although the negativity caused his relationship with his girlfriend to end. He is still single, so what will happen when he couples up again (or if the BM becomes single again) is TBD.

Man 3 was dating his BM while also dating other people. He did not hide this fact from her, and she even encouraged him to see other women to avoid being intimate with him. There were no serious issues until he told her that he was in love with someone else.

The BM threatened to move away with the child if he did not stop seeing the woman he loved. She became a constant source of stress and depression for him, and she would scream and cry in front of their child to upset him. Whenever they did have peace, she would revisit the situation, unwilling to move on or accept the fact that he had a girlfriend. Now, he is trying to figure out how he can continue to see his son without involving the court system (good luck with that).

I could go on and on with more ridiculous and damaging accounts of BMs behaving badly. I’ve also noticed that women rarely call other women out on this behavior, as if the actions are excusable because of real or perceived wrongs committed by the baby daddy. Unless the man is a threat, there really is no reason to keep him from seeing his child.

If someone is happier without you, let them be. Forcing someone to be with you, or making them miserable because they are with someone else, is no way to live. Concentrate on making yourself happy and whole, and then realize that you deserve better. A healthy co-parenting relationship is better than a bitter relationship with someone who doesn’t want you anymore.

The majority of the black men that I’ve dated have children. Their baby mamas have ranged from being indifferent, to downright evil. Rarely are they actually co-parenting. Sometimes it’s the father going the extra mile just to see their child, or dealing with jealousy and manipulation from a woman who may not even want him anymore. The issue comes, however, when HE doesn’t want HER anymore. The rejection, resentment, and bitterness can express itself in the pettiest of ways. So is it worth it for the third party (myself) to even try to make it work with the father?

I know a few people who refuse to date a person that has children. It’s a firm, no exceptions rule for them. I respect and understand the decision, but I know it eliminates too many black men for it to be an acceptable option for me. Part of it is the regularity with which I encounter the situation, to the point that it almost seems like an inevitability. Other parts of it are me giving more chances, and not wanting any regrets. It’s also my preference of step-motherhood over motherhood or singlehood (Are these really the only options?). But the third-party road is not an easy one.

Finding someone who values you at least as much you value them is difficult enough. Falling in line behind children, his mother, and a baby mama (or two) is harder. It’s also unfortunate that some parents undermine or otherwise interrupt the relationship between the other parent and the child. As most single-parent homes are led by women, it is easier for the female to be the culprit here. This is especially the case when the father has moved on, and is no longer interested in a romantic relationship with her. We all know the adage about a woman scorned.

All of these issues compounded with the typical relationship stressors make for an exhausting situation. Everyone has baggage, but some have enough to fill a cargo plane. Regardless, you can still find someone who loves you enough to “help you unpack.” Blended families are becoming more and more common, and it is very possible to have a healthy relationship that is non-traditional. So, when weighing baby mama drama, compatibility, the future, and other factors, I’m left wondering the same question I ask in any other relationship: “Is it worth it?” Answer: TBD. 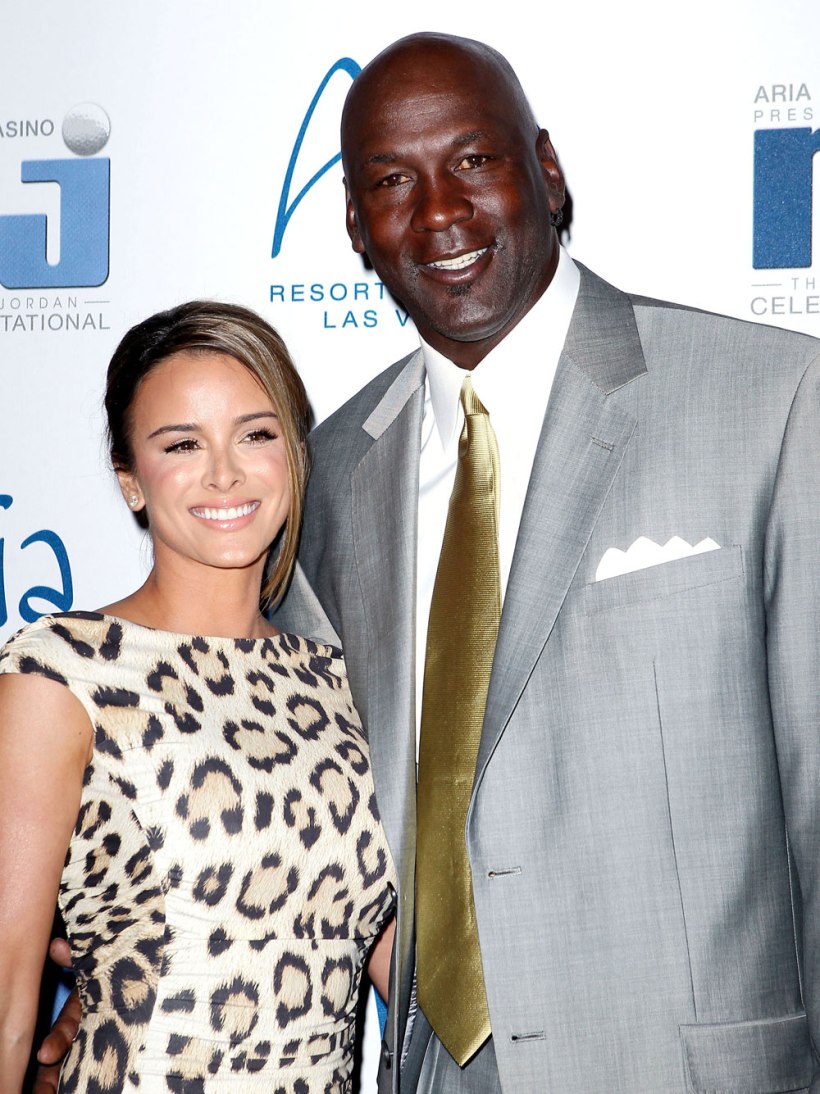 First wives have a lot of pressure.  Pressure to be superwoman, pressure to have kids, pressure to hold the marriage together when you really can’t stand each other anymore.  After all, marriage is supposed to be forever…

Well… the two of you realize that you can’t stay together just for the kids, you hate being around each other, and you decide to throw in the towel.  Maybe the divorce is messy, maybe you keep it civil, maybe the kids aren’t too damaged.  Either way, he’s glad it’s over and he’s back on the block.  That’s where I come in 🙂

You can’t remember the last time you had so much fun or were so happy.  You feel reborn!  Haha!  I have this guy who I used to date years and years ago.  He’s married and divorced now and has a daughter that’s 23.  He’s 53.  He’s fantasizing about me being his second wife, and I can see why.  His first wife was his age, dull, and suffocating.  I’m exciting, 20+ years younger than him, and you can have all the space you want cuz I need space too.  And I can still talk to him about the educational system and politics (his interests), and be completely comfortable around his executive friends.   We also have a lot in common as far as our personalities and the way we view the world.  (I have no interest in settling down with him, btw).

Then there’s this guy I’m friends with who is separated from his wife, living in different states.  She’s not dull but older, and doesn’t share his interests.  His interests being 19-year olds, drugs, and clubbing (smh).  He’s not looking to get married again any time soon (hasn’t divorced the first wife yet), but he wants his next wife to be someone he can share girls with.  An open marriage, or at least swinger/threesome-friendly.  I’m sure he’ll find a girl more than happy to oblige, because he’s loaded.

On the second marriage, a man goes after the type of woman he realizes he really wants.  Maybe she’s younger, has a similar personality to his, and is adventurous.  Or maybe she’s submissive and is ok with the affairs.  Or maybe she’s super hot and doesn’t speak English.  Whatever tickles his fancy, he’s gonna make sure he gets it the second time around.

Some great generalizations about divorced men:

I could definitely do the step-mom thing.  Most of the divorced guys I meet have kids around 7 years old.  I skip out on the 4 a.m. feedings, potty training, and the terrible two’s (sorry, first wife).  The kids are just around weekends (maybe) and school breaks.  During that period we could do fun things, hang out, build a friendship.  Hopefully the kids are well-trained and not complete brats, but who knows.  By the time they become rebellious teenagers, hopefully we already have a good relationship and can survive those years.

Potential problem: The kids are complete jerks and the father doesn’t want you disciplining them.

Potential problem: The first wife is Satan’s daughter or psychotic or keeps the kids from their father or damages property or otherwise makes life difficult for you.

Potential problem: Divorced man is a single father, raises the kids full-time.  Does he expect me to be a step-mom and a housewife?  Hmmm.

Potential problem: The second wife starts having kids, and turns into a different person.  She’s not as fun or submissive.  Now she’s irritating and mouthy like the first wife!  Oh no!  LOL… keep that divorce attorney on deck.

I always have a great time in #Atlanta, but this was extra special with the fam ❤️ Thank you, @davidpailinjr, for making it all possible!
A HUGE congratulations to my friend, @otis_ojanderson24, for getting inducted into the @nygiants’ #RingofHonor this week!! So proud of you and you deserve all of your flowers 💐 You are a great athlete and person— I’m grateful to call you a friend 💛
@jimjonescapo performance at Mr. Purple last night 🎉 #jimjones #dipset #nyc #livemusic #hiphop
#iceland #nature #beauty #peace 💚
Thankful that I was able to attend the #grammys last night! 🙏🏾🙌🏾
@therealjoethomas, @anthonyhamiltonofficial, and @maxwell performing at @prucenter on Friday 😍

Volunteer, foster, or adopt a pet on Petfinder!